TBM Automation AG, established in 1991, looks back on its 20th anniversary having achieved a successful documented business history. Our company has since grown over the years from a classical small control engineering enterprise with six employees into a well-known partner for the industrial automation industry with 20 employees. Since the very beginning TBM management has always focused on steady growth and consistently targeted high quality service and customer satisfaction in its mission statement.

"Competence creates confidence" is the mission statement of the Swiss control engineering company TBM Automation. Focusing on the ceramic- and aerospace- industries has been successful from the very beginning of TMB Automation’s foundation.

As part of our history, back in 1992 one of the first process control systems in aircraft turbine production had already been successfully realized after only one year after establishing TBM. As early as 1995, the building up of expertise in motion control had already begun: Namely the control of complex movement sequences required by industrial companies demanding speedy technological development. In the meantime, the motion control area has grown to be one of the core competencies of TBM Automation. Since 2004, the company has been the official distributor for Kollmorgen servo drives and from 2007 the solution partner of the Beckhoff Company.

Today, our company looks back on more than 500 successful projects for customers worldwide. Our customer base covers machinery and plant manufacturers from various industries throughout the world, which we are proud to have served competently and successfully. Therefore, we are assured that our customer base will continue to expand due to our success background in the automation industry.

On its 20th’s birthday the company's celebrated its jubilee. Since the very beginning Hubert Mathis and Sven Schwendener have been on board with TBM. Urs Tobler and Mario Giovannini look back to 15 years of commitment to TBM. The Board wishes to acknowledge and thank them for their longstanding dedication to our company and honour them on their successful long-term employment anniversaries.

TBM’s 20th anniversary celebration day literary took our long-standing customers from our region "into the tunnels" having celebrated in the mine museum in Gonzen, Sargans. Following the guided tour in this hall of recognition of the Swiss contribution to industrial history, all enjoyed an enjoyable evening together in the mines’ excellent restaurant. Among the many companies invited to celebrate, present were Freymatic AG, STI Hartchrom AG, Oerlikon Solar and N. Sonderer Ltd, all of which congratulated TBM on its 20th Anniversary, acknowledging our expertise in the automated industry. 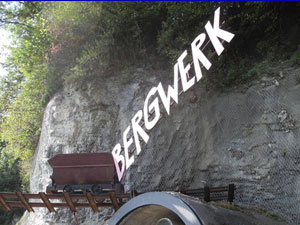 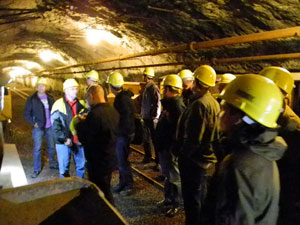 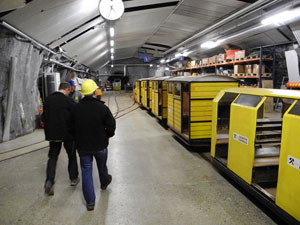 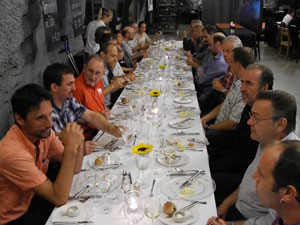