Retrofit of a malting at MALTEUROP in Rostock, Germany

At MALTEUROP in Rostock a retrofit was completed to replace the outdated Simatic S5 controllers with the Beckhoff PLC System. It was a challenge due to the fact that about 3000 inputs and outputs had to be replaced during the ongoing operation of the plant.

Malteurop’s headquarters are based in the French Reims. Malteurop is the third largest malt manufacturer in the world and produces about 1.2 million tons of malt annually. Malteurop operates worldwide with plants in Germany, France, Poland, Portugal, Spain, Ukraine and China.

The plant in Rostock is used to manufacture malt for beer production. About 20 kg of malt is necessary for one hectolitre of beer.

The barley is delivered by truck, rail and ship, and then stored in silos. First, the barley is brought to germination. During the germination process, the starch and protein found in barley are reduced and partially converted into sugar. This germination process is stopped after 5 to 7 days through gentle kiln drying (low temperature drying). After drying, the germ buds are removed. This entire process lasts about 9 days.

The malting process is divided roughly into 3 steps:

There are about 2500 tonnes of barley and malt simultaneously in process in approximately 10 batches all at different stages.

The reason for the project:

The existing Siemens parts were obsolete or no longer manufactured as replacement parts. So the availability of spare parts was very problematic. For operating safety standards to be upheld, the PLC and its periphery had to be replaced by modern systems. The complete malt factory was originally controlled by 2 Siemens S5-155U and decentralized peripherals ET100 with about 3000 total input / output control points.

The first step was to replace the periphery by Beckhoff Profibus nodes with BC controllers. The two Main CPUs and the software were replaced after. The complete conversion had to be done during the ongoing operation of the plant.

The data acquisition system (QS and energy optimization system), and the process control system was connected via Ethernet to the Beckhoff BC9000 controllers.

The process control system and the visualization were realized by using VisiWin (replacement of ProLeit) and VB.net with 4 workstations connected to a SQL server.

There is full access to the plant via the Internet with VPN. This allows remote diagnostics and programming. Some parts of the plant were even commissioned over VPN. This could make significant cost savings.

One of the decisive advantages of replacing the existing bus peripherals through nodes with Beckhoff BC controllers was the possibility of autonomous local control. This means that if a failure of the main CPU occurs, the local controller acts as a "fallback" to manage an emergency operation. This increase in reliability additionally effects the reduction of production loss as well as ensures a lower insurance rate to the customer. So cost savings are doubled. Other considerations were the compact design and high flexibility available due to the large choice of components.

The project manager Mr. Mirko Schadegg / TBM Automation AG responded to the successful completion of the restructuring: "The challenge in this project was the reconstruction and commissioning during the full operation of the plant. We managed to rebuild the control without any loss of production. This was chiefly made possible because of autonomous control of individual plant components with the Beckhoff BC controllers.“ 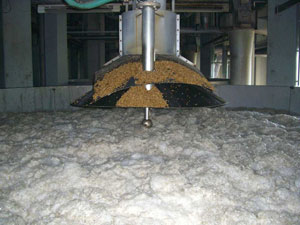 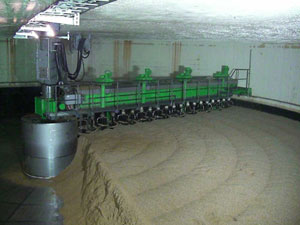 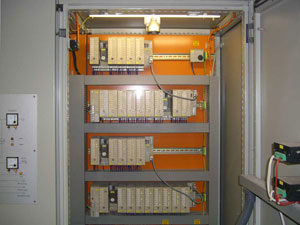 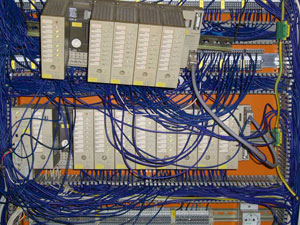 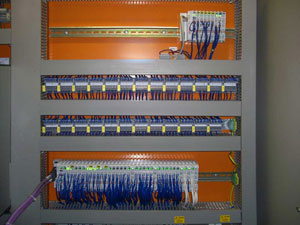 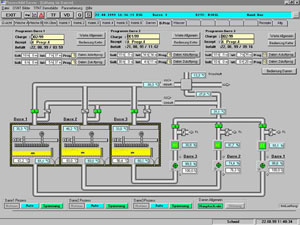 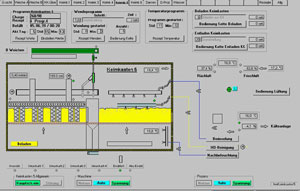